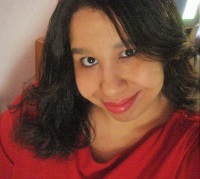 Jan Marie (Also known as Janny C) is an establish online article writer. Mostly self trained with only attending one Rock Valley College writing course she first broke into the comic book writing scene where she worked with new independent companies as head script writer. She then moved into freelance writing having been published by various online publishers and also was featured in FATE magazine. She also hosts her own book promotion blog site Authors and Angels where she host reviews and interviews of fellow indie authors.

Now under the pen name Jan Marie she has entered the book world with her first fantasy romance novella "Angelic Confessions." She is currently working on Book 2 in the series titled “Angelic Awakenings” 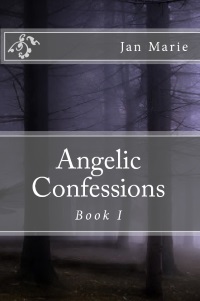 
Aye is an angel born unto one of highest angels of the heavenly council. Having never had this happen before Father raises Aye as his own making her believe she was created just like the rest of her angelic brethren, well except for the voices that whispered to her to kill them all. Aye would never, but she can not deny the thought, the sight of their blood on her skin, her lips is thrillingly tempting. What is she really? Why does everyone look at her with either disgust or lustful interest?

Aye’s world changes at the behest of Father that she have a guardian. Surprised it is the soldier Pio that Aye had befriend as a child. Soon emotions are tempted that could awaken a beast that could destroy or save them all.

Get it today on Amazon and Barnes and Noble!


What inspires you to write?


My love for the written word. It always inspires me to continue writing no matter what odds are against me. Art also sparks inspiration in me. Whenever I hit a road block in my book writing I look to fantasy art to help.


I would have to say Stephen King and Anne Rice.


I love them both, but King(Stephen) is the winner. I like his mind.


I guess it was when I published my first book, yet I never felt like an author really. I think I like the term writer instead. I write on many things.

What is the biggest obstacle you face as an author and what do you do to overcome it?


Life. I had a dark battle with depression recently. It took me away for awhile. Funny thing though the pen and paper waited patiently knowing I’d come back. Now I’ve come back.

Does your family support you in your writing, or are you on your own?


I do now yes! My fiancé is my biggest supporter. Yup I'm engaged!

What is the best compliment you've ever received as an author?


This just happened just recently. I am originally from Illinois and have currently moved to a little in town in Florida. My son was at church youth activities one night. He came home and told me some guy was talking to him and of course he mentioned me his mom. The guy said. “I like your moms work!” What are the odds of that! I was stunned and that really meant a lot to me. My goal as a writer is to touch people and it seems I am.

Have you ever had a particularly harsh critique? How did you handle it?


Oh yes, and I had a comeback for every harsh critique he threw my way. I learned from it though. I think it made me a better writer for it.

What is the best writing advice you've ever received?


I’m not sure if it was advice, but I have never forgotten it. A writing teacher once told me. “You know what you’re doing don’t you.”


First 5 from Anne Rice: The Vampire Chronicles. That would be Interview with a Vampire, Vampire Lestat, Queen of the Damned, Tales of the Body Thief, and Memnoch the Devil.

What fears do you have about writing and being an indie author? How do you cope with your fears?


One fear is that since you self published you are not a "true author". I write because I love to. I write because I have a story to tell. I write in hopes to move people. I think that is why we all write no matter if your are best selling or indie author. That is how I cope.


I read a wonderful quote the other day by George R.R. Martin that puts it eloquently, He said he likes to think there are two types of writers. The architect and the gardener. The architect writes out whole blue print outline. The gardener on the other hand digs a hole, plants a seed. Then watering it with is blood trying to shape what comes up. I would have to say I am a gardener. I just write. Just like the character in the story I have no idea where we are going. I have no idea how its going to end. I like it that way.


It’s a mix of both. It wasn’t until a friend pointed it out to me after reading Angelic Confessions, that the whole book has a deep underlining to my actual life.

Have you ever gotten an idea for a story from something really bizarre? Tell us about it.


From the simple line of “ She put a Gardenia in her hair.” I wrote a strange short story about a nurse who was remembering her patients life right before he died. It was strange. I think Stephen King would be proud. I had it in my portfolio of works for awhile but took it out cause I think it was too strange for the normal masses.