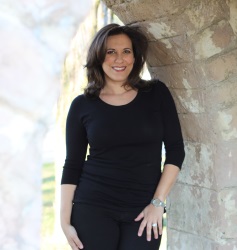 Stephanie Baruffi lives in New Jersey with her husband and three sons. She is an Early Literacy Specialist and obtained her Master’s Degree in 2014. She is also a NJ state certified Reading Specialist. ‘Clarence’ was written in memory of her late grandfather, for which the book was named. He loved his big family and truly did have a big, beautiful set of ears! 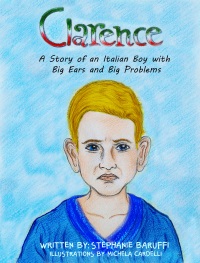 
Clarence is a fictional story based off of real-life characters and family situations. "Clarence, A Story of an Italian Bot with Big Ears and Bir Problems" is about a young boy who doesn't seem to fit in with his loud family or his classmates. He knows he has enormous ears and is fearful that the children at school are right about him and that he doesn't belong, that is until his Nonna steps in and gives him something special to carry around with him in case he needs to be reminded that he is wonderfully made. This is a story about how knowing where you can from helps you to appreciate who you really are, no matter what anyone may think. Main topics include bullying and multicultural issues.


Clarence’s family gathered around the dinner table. At the head of the table sat Clarence’s father, who had just finished a long day’s work at the family business. After he prayed with the family, they dug into a delicious Italian meal that included chicken cutlets, homemade meatballs, and pasta Fagioli. Each night during dinner, the family hollered back and forth across the table. Everyone talked in multiple conversations as Clarence watched and wondered why. Clarence was a shy boy and didn’t seem to understand why everyone shouted, especially all at once! As Clarence looked around the table, he noticed that each member of his family had black hair, brown eyes and dark skin. He also realized that all of their ears were of normal size and each of them seemed to look much like the other. But Clarence was the exception. He thought that maybe the kids at school were right about him. This made Clarence lose his appetite, so he asked to be excused. Nonna the Great followed Clarence into his bedroom.
Posted by Renee Scattergood at 2:00 pm