Renee Scattergood lives in Australia with her husband, Nathan, and daughter, Taiya. She has always been a fan of fantasy and was inspired to become a storyteller by George Lucas but didn't consider writing down her stories until she reached her late twenties. Now she enjoys writing dark speculative fiction.

She is currently publishing her Shadow Stalker serial, and she has published a prequel novella to the series called, Demon Hunt. She is also working on a new series of novels, A God's Deception.

Aside from writing, she loves reading (fantasy, of course), watching movies with her family, and watching YouTube Videos with her daughter. Visit her site for more information and a free copy of Shadow Stalker Part 1 (Episodes 1 – 6).

It’s the calm before the storm, and the storm is closer than Auren thinks.

Auren is successfully using her ability to control people’s minds and actions to take over Nadiria and finally bring an end to the Galvadi Empire, but there is a catch. The more she uses that power, the more she loses herself to it.

If she can accomplish her mission quickly, it will reduce the chance of that happening. The allies she has found are helping her move things along, but there’s a lot of work to do and horrors that Auren has not yet discovered that will make controlling herself nearly impossible.

Her friends and allies are growing concerned over her unpredictable violent actions, and Auren knows her time is running out.

Get it Free on Amazon!

New readers to the serial can download Episodes 1 – 6 free here!

Dark Past: A Small Town #Romance by Laura Hunsaker 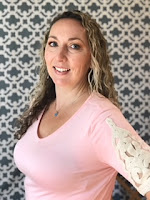 Laura Hunsaker is an award-winning writer who writes romance set in the Scottish Highlands, but with a twist. Somewhere in between Historical and Paranormal, she writes Scottish Time Travel Romance and Paranormal Romance. She's hard at work right now, writing about protective men paired with strong women who knock them off their feet.

She is a hybrid author being both traditionally published and self-published, as well as a member of Romance Writers of America® Cactus Rose Chapter and the Celtic Hearts Romance Writers.

After earning degrees in English and German, with a specialty in British Literature, she taught for a few years. As of now, Laura has a full-time job as mom of three which leaves nights for traveling through the mists of Scotland.

The small town was supposed to be safe...

Kate Landry is tired of running. Thinking she's safe, she settles in the small logging town of Chester, California to manage a cafe. She may be keeping a low profile, but she's hoping to return to a normal life.

When FBI agent Kyle Donovan visits Chester to stay with a friend, and to recover from his latest case, he never expects to meet sexy barista, Kate.


But someone is following Kate...

Kyle worries he brought trouble to her door, while Kate worries her dark past is coming after her.
With danger lurking around every corner, her safe haven isn't as safe as she'd thought. Kate will finally have to trust someone enough to tell him her secrets. Secrets that may just get them killed... 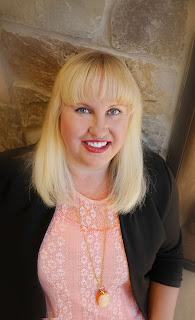 She has been an avid reader since she could hold a book and started writing stories almost as early. Jenna has been published in several newspapers as well as edited for multiple papers and graduated with her BA in English from Bethany College where she was the Editor-in-Chief of her college newspaper. Her first blog was published on Yahoo Parenting and The Grief Toolbox as well as featured on the ABC News and Good Morning America websites.

Writing is her passion but she also enjoys cooking, watching movies, reading, and spending time with her three young daughters and husband who are the inspiration behind lots of her characters. She enjoys living in the Central Valley of California and spending summers on the Central Coast. She's active in her local church where she volunteers on their first impressions team as well as in the crisis care ministry.

He’s an Olympic gold medalist, she’s a wellness coach, and they have to learn to run a fitness island resort together.

Blake “The Blazing Comet” Holliday is an internationally famous gold medalist runner. Known around the world for being a playboy billionaire and sports icon, the last thing he wants to do is settle down and run the fitness island his father has put him in charge of at the family resort. What’s worse, his father has hired a wellness guru who thinks it’s her job to tell him how to incorporate a spa and wellness program into the island’s offerings.

Peyton Belmont is a renowned wellness coach who has spent the last decade building up her brand. In order to take her company to the next level, though, she needs a cash infusion. So, when Gordon Holliday offers to hire her for a hefty sum to help overhaul his fitness island at his family resort, she decides she can give up a couple of months to get the money she needs. What she doesn’t plan on is putting up with Blake Holliday.

Can Peyton and Blake learn to get along? Will they give into the attraction they are fighting to deny? And can they make Comet Island the best fitness destination in all the world without destroying it in the process? 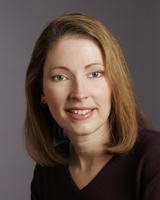 The writer/creator of the Boston Metaphysical Society graphic novel series, companion novel, and short stories, Madeleine has also run six successful crowding campaigns and published the book, Kickstarter for the Independent Creator.  She was also the winner of the Sloan Fellowship for screenwriting, and the Gold Aurora and Bronze Telly for a PSA produced by Women In Film as well as having won numerous awards while completing the UCLA MFA Program in Screenwriting.  Source Point Press is set to republish the first six issues and the trade paperback of Boston Metaphysical Society original graphic novel in 2019/2020.

Boston Metaphysical Society webcomic was the recipient of an Honorable Mention at the 2013 Geekie Awards and was nominated for Best Comic/Graphic Novel in 2014.

Other comic projects include the short story, The Scout which is part of The 4th Monkey anthology, The Sanctuary (The Edgar Allan Poe Chronicles anthology), The Marriage Counselor (The Cthulhu is Hard to Spell anthology) and the upcoming The Airship Pirate which will be part of  The Rum Row anthology.

The first novel in the series, Boston Metaphysical Society: A Storm of Secrets, was recently awarded a Silver Medal in the SciFi/Fantasy category as well as The Write Companion Award for Best Overall TOP PICK - Adult, Children's and Young Adult categories in the Feathered Quill Book Awards.
Formerly a nationally ranked epee fencer, she has competed nationally and internationally. Madeleine is an avid reader of comics, steampunk, science fiction, fantasy, and historical military fiction.


Politics and power. Demons and spirits.

When ex-Pinkerton detective Samuel Hunter married Elizabeth Weldsmore, the heir to one of Boston’s Great Houses, he knew his life would change forever, but he never expected the return of Elizabeth’s psychic abilities.

Not only do they have to keep it a secret, but Elizabeth must learn quickly how to master them. For a psychic in a Great House is a political liability which her father, Jonathan Weldsmore, knows only too well.

As the Great Houses jockey for power, the three of them must contend with treachery, subterfuge, and potentially a new demonic threat, in this political and supernatural thriller set in an alternate-history Boston of 1890.

This novel is a prequel to the graphic novel, Boston Metaphysical Society.