Marriage, Mobsters, and the Marine: A #Romance #Novel by Kryssie Fortune 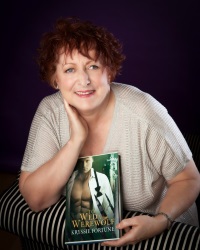 Kryssie likes her contemporary heroes ex-military and dominant. Her heroines are kick-ass females who can hold their own against whatever life - or Kryssie - throws at them.

Kryssie's pet hates are unhappy endings, and a series that end on a cliffhanger.

Her books are all stand alone even when part of series. Plot always comes before sex, but when her heroines and heroes get together, the sex is explosive and explicit. One review called it downright sensual. 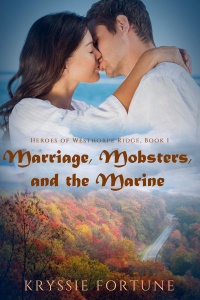 
Abigail Montgomery, a small-town schoolteacher with zero self-confidence, longs for the loving family she never had.

Jared Armstrong, a former Marine sharpshooter and occasional Dom, needs $125,000 to get his family out of a hole. His solution - to marry Abigail Montgomery for her money. His only regret is his wife won’t accept his spanking lifestyle.

Soon, Abigail dreams of making their marriage real, but she promised Jared a divorce two-years after their wedding. Can they share some Christmas magic as their relationship faces extortion threats, a kidnapping, and an attempted murder? Or will Jared walk away and break her heart?

Keep reading for a guest post by the author:


From Zero to Superhero – Well…US Marine


Run at over six miles per hour for twenty-eight minutes? You have to be kidding me.

How about 50 or more crunchies in less than 2 minutes? I’d be laid on the floor crying.

If you want to become a US Marine, though, the recruiters expect this and more.

Marines need to be strong, tough, and smart. Above I’ve talked about minimum standards. To achieve a top score, a candidate must manage a 3 mile run in 18 minutes, perform 100 crunchies in 2 minutes, and do 20 pull-ups.

That means running at 10 mph for eighteen minutes.

Just getting through that lot would kill me.

Training starts as soon as the recruit gets on the bus to the base. A drill instructor acquaints them with Military law and tells them they are now subject to it. Once they disembark, they line up on yellow footsteps painted on the floor. Here, they learn to stand to attention and have their uniforms issued. Next step, military haircut. 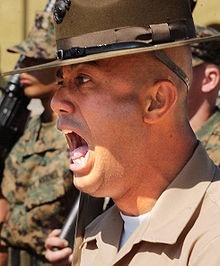 The recruits are issued with their rifles, have medicals, and vaccinations where needed. The whole receiving process takes about three days—usually without sleep, then the recruit faces the Initial Strength Test.

All without sleep. I’d be a wreck.

The training only intensifies from there, with drill instructors constantly harassing the recruits to ensure they can cope with battlefield stress.

The recruits learn about teamwork, weapons, and fighting. One of the worst things a drill sergeant can yell at them is that they should have joined the navy instead.

Twelve weeks later, if you can meet the physical and mental challenges, you’re ready for the passing out parade. Only, for a Marine, it’s a passing out run past their families while shouting out Marine Cadences. They circle the base and assemble on a parade ground.

Once the ceremony is complete, the Marines are granted on-base leave to show their families around. After one last march the following morning, the recruit gets ten days leave.

I’d need ten years to recover from this.

If the recruit survives all this, he’ll get yet more training before he’s assigned to a platoon.

No wonder the Marines claim theirs is the toughest service to enter.
Posted by Renee Scattergood at 2:00 pm No comments:

Angels and Diamonds: A #Romance #Novel by TK Lawyer

Award Nominated Paranormal Romance Author, TK Lawyer has been writing since high school but it was sometime in 2011 when her writing blossomed into a career. Craving excitement and adventure, she jotted down a few notes for a book and never looked back.

Her books blend her interest in the paranormal and her love of romance. 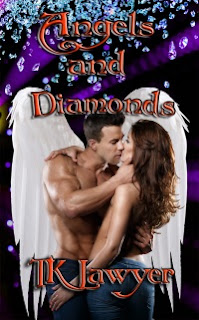 
Angels and Diamonds spins seven heart-warming tales of finding love when you least expect it and the struggles of holding onto true love. Each fun tale depicts ardor, attachment and dedication while staying true to the theme of a Diamond and an Angel.

Puppy Love- Petra, an owner of a dog rescue group in need of financial assistance finds an unlikely funding source

Bride to Be- Diamond, a bridal shop owner meets a man who seems vaguely familiar. Little does she know he will change her future

Hunted- Natasha’s encounter with a mercenary has an unexpected, mutually beneficial outcome

New Home- Marisole’s home search for a ‘friend of a friend’ thrusts her back into the life of a man she once craved. Sadly, he doesn’t know she exists


Why did you decide to be a writer?


I needed something more in my life. One day when I was frustrated with my boring, mundane, routine of a life, I literally shouted in my kitchen for something more. Then ideas started popping into my head and I wrote them down. I never saw myself as an author but I took a chance and here I am, six books later, published and happy.


Paranormal and contemporary romance with shifters and angels

Is there a genre that you've been wanting to experiment with?


I’ve thought about writing YA since it is such a popular genre but I’m not sure if I can get into the characters the same as I do with Paranormal romance. I would write Paranormal YA but the romantic parts would be completely different. It would be a challenge for me to write in a “teenager’s world” with subjects and concerns that they face that adults don’t necessarily think of but I’ve considered it and who knows, maybe one day I will have a YA book out?

How often do you write?


Any chance I can get which is not often. I usually have to sneak a half hour here or there to jot down scenes. It’s hard writing when you have a full-time day job but I try to do what I can and when I am in the mood. The hardest part is getting started but once I’m writing, it’s easy to keep going for hours.

What is the quirkiest thing you've ever done while writing?


Sometimes I will act out parts of my scenes, not only in my head but actually physically act them out because I need to see the actions that each character does in order to write it. I have literally sat at my computer and stated aloud a sentence a character says in the book so I can figure out how he would react when he said the sentence. In that way, I can add details of his facial features so the reader can envision what is actually happening at the moment.

If you could be one of your characters for a day, who would it be and why?


Tatiana Baker from Jasper, The Guardian League, Book One. I would love being with an actual live Guardian Angel and Jasper is such a loving, sweet angel who would do anything for Tatiana. The fact that he is so endearing but also assertive and protective is such a turn on. It would be great to experience day to day activities arm in arm with my own angel.

What is the oddest thing you've ever researched for one of your books?


For Apollo, The Guardian League, Book Three, I had to find out how much the going rate was for a lap dance. Let’s just say it was an interesting Google search and it brought up a lot more information than I wanted. Haha.


I would love to be mentored by Felicity Heaton, one of the first and best paranormal authors I’ve followed. The fact that she can publish eight to ten books a year (or at least it seems that way) plus keep up a newsletter and give gift cards away like they are going out of style fascinates me. How does she do it all? Where does she get the energy? I imagine she doesn’t have a full-time day job like me. How does she manage her finances in order to write full-time? I would love to get in on the secret and learn her tips and tricks that has helped her in her success.


When my first book, Nightfall was published in 2014. Once it was available to the world in e-book form, I literally screamed out of pure joy. It’s hard not to consider yourself an author when you have a published work out there and it was one of the happiest moments for me.

What is the best compliment you've ever received as an author?


I have a reader who has become a close friend who disclosed to me that she had heard of Paranormal Romance but never read any books in that genre before me. She told me that I am the reason she loves Paranormal Romance. I tell you, what better compliment is there than that? I am so awed and humbled by her compliment.
Posted by Renee Scattergood at 2:00 pm No comments: