Fraternity of Fractures by Mark Pannebecker 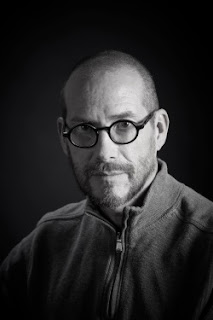 Mark Pannebecker is an author of fiction and the founder of the St. Louis Indie Book Fair, an annual event created to foster authors of fiction and nonfiction. He started out as a filmmaker but soon fell in love with the creative writing process and began to shift his focus from producing and directing films to writing screenplays. He now writes in whichever genre holds the narrative best. He has written screenplays, stage plays, novels, novellas, and has recently published a collection of poetry titled Motorcycle Boy Lives and a collection of short stories titled Godsfood. His first novel, Fraternity of Fractures, was originally written as a screenplay and was published late in 2015.

Mark had never tried to get published in the past for he loved the process of creating and was happy riding his motorcycle, traveling, living, loving, and writing. But it’s time now to put his body of work out there and pick up where he left off. He is proud of his past work that he offers now and hopes you enjoy it. Mark is in the process of preparing and writing new work, alive and fresh from a long slumber. The book he’s most excited about writing is a series titled Portrait of a Tourist, a semi-autobiographical spiritual journey based on the Fools travels through the Tarot.

Catch the author at the St. Louis Indie Book Fair! 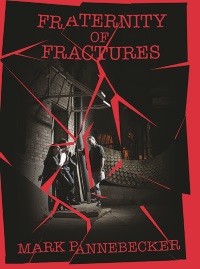 
Phoenix and Justin Sunder are master cat burglars and best friends until Dylan Panicosky enters their circle of hedonism and crime. Set in the blighted city of St. Louis in the ‘80s, Fraternity of Fractures is a love triangle played out in an urban setting full of nocturnal decadence and danger, with all the players fractured in their own way.


It was a perfect time for a robbery. Any earlier and there’d be too many people walking around; any later and the bars would be closing, causing too much activity; and later still, it would be unsafe as well as raise suspicion. Phoenix knew what she was doing.

She sat in her car listening to the Dead Kennedys, watching the thick smoke from the corner Vietnamese restaurant roll out from the exhaust fan and hang there ten feet above the sidewalk; she could smell the familiar spices of Asian cooking. The white smoke stagnating in the stale air added to her discomfort and she hoped for a breeze to cool her off.

Phoenix didn’t want to sit under the dimly lit, haloed streetlights for too long and draw attention to herself, but she saw a squad car in the rearview mirror nestled in the oncoming traffic and decided to wait; but just sitting there made her feel heavy, the gray St. Louis sky weighed her down. She started to sweat and looked again in her rearview mirror. To keep her mind off the suffocating weather she thought about the security system of Chin’s Orient Emporium and went through a mental list of what she needed to do to break it. The short rush of traffic finally drove past her, spiraling the cloud of smoke from the restaurant and sending it clutching into the night like skeleton fingers. The half-dozen cars continued down the two mile stretch of Grand Boulevard lined with inexpensive restaurants, cheap retail shops, and boarded-up buildings. When it was clear, Phoenix checked the area one more time: a handful of people, a couple of parked cars, little activity this time of night in the Tower Grove neighborhood.

She grabbed her Walkman and a cassette tape as she prepared to walk the block in a half to Chin’s Orient Emporium. When she stepped out of her car, she was immediately wrapped in the humid July weather, her black one-piece, tight around her five-foot frame, stuck to her body as she moved her oversized black nylon bag onto her tenuous shoulders.

Standing outside the building, shrouded in its shadow, Phoenix slipped surgical gloves onto her fine hands. Partly protected by the blue haze of the new moon’s light, she grabbed her small metal Mac flashlight, a pocket-sized version of what the police carry and a present from Justin Sunder, her friend and mentor, the first night they danced together. When she turned the head of her flashlight a strong white beam shot out and landed precisely on the store’s telephone line. Phoenix stood in her suit of night, poised in the dark, her muscles tight, her jaw slightly clenched, and her nipples hard. Her large green eyes followed the narrow, focused light as she traced the phone line down the side of the two-story building. When she heard a couple approaching, she quickly turned off the light, pressed against the building, and squinted.

“Your eyes are like beacons in the night,” Justin once told her, “close them.” She wished he were with her now because—although she was good—she wasn’t as good as Justin Sunder. Even though she knew Chin’s system could be easily breached she still felt a little uncomfortable dancing alone for the first time since meeting him two years ago. She had come to depend on his expertise. And she enjoyed dancing with him.
Posted by Renee Scattergood at 3:00 pm