Dying to Dance by Jamie Cortland 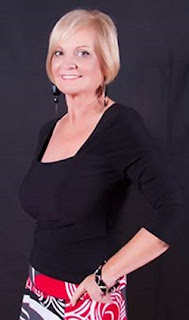 Weslynn McCallister, pseudonym, Jamie Cortland was born in Evansville, Indiana and raised in Roswell, New Mexico. Today, she lives in the southwest.

A published novelist and an award winning poet, she is a member of Sisters in Crime, the Mystery Writers of America, and is a founding member of the Florida Writers Association. 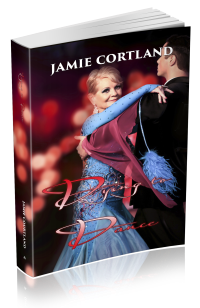 
Evelyn Valentino, still halfway in love with her super-star ex-husband, meets James McMann, a handsome and charismatic builder in Paradise Valley, Arizona. Meeting him in a coffee shop, she is immediately attracted to him while her young daughter calls him "Mr. Stranger Danger."

Swept away by James and his incredible charm, she is taken on a whirlwind courtship. Warned by her parents and friends to go slowly, she ignores them. She’s caught in his web as he drops his mask and Evelyn discovers he is not the man of her dreams, but the hideous creature of her nightmares. Now, her only thought is of escape.

Get it today on Amazon and Barnes and Noble!

Daniel came home late—later than he should have. Molly had already left for work. Before leaving, she’d fed the kids and sat them down in front of the TV. Normally, Daniel would have been home hours ago, but today he’d stopped for a beer, something he hadn’t done for months. Even though he knew she’d be mad at him, especially when he told her he’d been fired, he’d needed some time to himself.

Daniel suffered from schizoaffective mental disorder, and until recently had been taking his meds regularly. But a couple of months ago, he’d gone off them when he started to hear the voices, and began to self-medicate with alcohol. On a positive note, his sex drive had come back, and he’d even lost weight. Molly had liked that. But what she didn’t like were his mood swings—his highs and lows. Sometimes he could be mean, bordering on destructive.

He knew he should go back on his meds, but he felt that if he did, Molly would complain about their lack of a sex life and that he was getting fat again. There was, he felt, just no way of pleasing that woman.

That afternoon at work, he’d decked his boss for something he’d been asked to do and that he felt was personally demeaning. What did his boss think he was, his personal slave? Shortly after the incident, Ed had told him to leave, never to come back. Fine, he’d thought. He’d stomped out to his car, opened the trunk, and proceeded to smash the boss’s car with a tire iron he’d retrieved.

Following that, he’d stopped at a bar, and as soon as he got home, he went to the fridge in search of a beer. Usually, Molly would keep one or two in the fridge for herself, but tonight there were none.

“That does it!” he exclaimed. “The kids are going to bed right now and I’m going out.”

After putting the kids to bed, Daniel abruptly left the house, got into his old Ford sedan, and headed for the bar near Pinnacle Peak.
Posted by Renee Scattergood at 2:00 pm