The Viscount's Wife: A #Romance Novel by Jenna Brandt 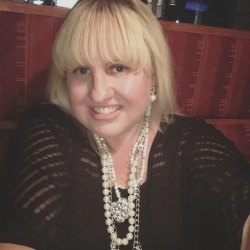 Jenna Brandt would love for you to follow her on Amazon. Just click the above follow button. She is a Christian historical fiction author and her books span from the Victorian to Western to WWI eras with elements of romance, suspense and faith.

She has been an avid reader since she could hold a book and started writing stories almost as early. Jenna has been published in several newspapers as well as edited for multiple papers and graduated with her BA in English from Bethany College where she was the Editor-in-Chief of her college newspaper. She's an on-going contributor for The Mighty Website and her first Blog was published on Yahoo Parenting and The Grief Toolbox as well as featured on the ABC News and Good Morning America websites.

Writing is her passion but she also enjoys cooking, watching movies, reading, engaging in social media and spending time with her three young daughters and husband where they live in the Central Valley of California. She's active in her local church where she volunteers on their first impressions team as well as writes for the church’s creative team.


Join her Street Team!
Get a Free Short Story! 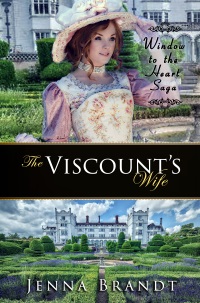 
Surrender to destiny: a window to heart opens, when one door closes.


Magnificently riveting and deeply romantic, The Viscount's Wife shows the complexities of navigating a new marriage while fitting into a new world.

Lord William Almonbury is the spare heir, allowing him the freedom to travel the world and marry for love. Inheriting his father's viscountship was never in the cards, but when both his brother and father become ill, William is summoned home to take over the family affairs.

When Debbey met and married William Almonbury in America, his nobility was part of his past. She never imagined due to unforeseen circumstances, she would not only move across the world, but suddenly become a viscount's wife. Thrust into a world unlike anything she could have ever imagined, Debbey must learn to navigate being the new Viscountess Braybridge.

Will William be able to handle the pressures of his new title? Can Debbey win the hearts of William's friends and family? Or will their new life in England destroy their hope for a happy marriage?


Get it today on Amazon!


As they moved along the outskirts of the woods, Debbey’s intoxicating scent of jasmine tickled his nose. William enjoyed the feel of his wife leaning back against him. The rhythmic pattering of her heart pulsated through to his own chest, enticing him to lean closer. His lips brushed the edge of her neck. He felt her inhale sharply, but she did not pull away. Instead, she moved towards his caress.

The horse moved evenly beneath them as it galloped along the frosted ground. A few minutes later, they arrived at their destination. William dismounted first and helped Debbey descend after him.

She turned to face him with a puzzled look on her face. “What are we doing here?” she inquired quizzically.

“Your favorite fruit is a persimmon, correct?”

She nodded as he took her hand and guided her into the center of a small orchard.

He stated, “I wanted to surprise you. Our neighbors at Harrington House have an extensive orchard. They have an entire section of persimmon trees they imported from America. Lord Blanchard’s daughter loves them.”

Her eyes grew round with awe as she marveled at the trees ripe with enticing offerings. “I can’t believe you thought to do this, William. The trees are so beautiful. Their branches are heavy with the plump fruits.”

“With all you have been through as of late, I wanted to do something special for you.”

William reached up and plucked a persimmon from a nearby tree. He gently rubbed it against the front of his shirt and extended his hand towards her mouth. Her eyes twinkled with appreciation as she gingerly took a bite of the fruit.

Debbey’s eyes grew even wider with excitement as tiny trickles of juice ran down the sides of her mouth. With his free hand, William pulled a handkerchief from his pocket, and dabbed the juice away from her mouth before it could fall and damage her dress.

“I have to say, that is the most delicious persimmon I have ever had the pleasure of sampling.”
Posted by Renee Scattergood at 3:00 pm