The Order of Actaeon (Waxwood Series: Book 1) by Tam May 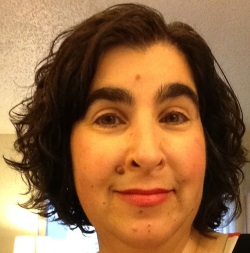 Tam May was born in Israel but grew up in the United States. She earned her B.A. and M.A degrees in English and worked as an English college instructor and EFL (English as a Foreign Language) teacher before she became a full-time writer. She started writing when she was 14 and writing became her voice. She writes psychological fiction, exploring characters’ emotional realities informed by past experiences, dreams, feelings, fantasies, nightmares, imagination, and self-analysis.

Her first work, a short story collection titled Gnarled Bones And Other Stories was published in January 2017. She is currently working on a novella series called the Waxwood Series. Set in a Northern California resort town, the series explores the crumbling relationships among the wealthy San Francisco Alderdice family. Book 1, The Order of Actaeon, will be released on January 18, 2017. In the book, the Alderdice family son and heir falls into the hands of a charismatic older man obsessed with power and leadership during a summer vacation in the resort town of Waxwood. The second book, The Claustrophobic Heart, brings in Gena Flax, a young woman who must cope with the mental deterioration of her aunt during their summer stay at Waxwood. In the last book of the series, Dandelion Children, Daisy, the daughter of the Alderdice family is drawn into the disturbed life of the man who ruined her brother during one rainy summer in Waxwood.

She is also working on another book, House of Masks, about a woman who is mourning the death of her father and gets drawn into the lives of her two neighbors, one eccentric and one embittered.

She lives in Texas but calls San Francisco and the Bay Area home. When she’s not writing, she’s reading classic literature and watching classic films.

To keep updated on Tam May’s current projects, giveaways, promos, and blog posts, as well as receive a free gift, sign up for her newsletter.

You can also join Tam’s Dreamers Reading Group, for a chance to chat with others about books and opportunities to read advanced review copies of Tam May’s books, as well as special promotions and giveaways. 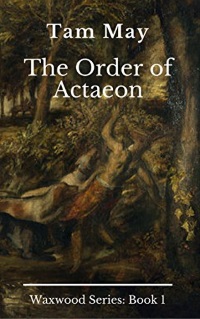 
Jake is the heir of the prominent Alderdice family in San Francisco. Although dearly loved by his sister Vivian, his passion for art and his contemplative temperament make him a pariah in the eyes of his tyrannical mother Larissa.

When the Alderdices spend their yearly summer vacation in the prominent resort town of Waxwood, Jake meets Stevens, a charismatic older man. Stevens’ paternal authority and obsession for power and leadership fits into Larissa’s idea of manhood. Jake develops a hero worship for Stevens who in turn is intrigued by Jake’s artistic talent and philosophical nature. Stevens introduces him to the Order Of Actaeon, a group of misanthropes who have rejected commercial and conventional luxuries for a “pure” life in the woods.

But behind the potent charms of his new friend and seductive simplicity of the Actaeon lifestyle lies something brutal and sinister that Jake could not have anticipated.


“I’d like to meet Jake and Vivian’s father,” Stevens said. “Will he be coming down here some time this summer?” Jake gave him a stony glance. He was sure Stevens remembered what he had told him about Raymond.

There was a few minutes silence while Jake felt they were all trying to think of how to respond without lighting the fire of shame to the Alderdice name.

Vivian was the first to speak. “We had different fathers. Mother was determined to wipe any trace of them off the face of the earth and she damn near succeeded.”

“My daughter uses vulgar words, Mr. Stevens,” Larissa said. “But she’s not far wrong.” Her polished fingernail trailed the damp cocktail glass. “I am once a widow and once a divorcee. I took back my maiden name and gave it to my children. I wanted to give them their dignity back.”

“Mother finds any flaw undignified,” Vivian said in a tight voice, “My father was a weak man who died of a heart attack and Jake’s father was a cheating bastard who went away when Jake was three years old.”

Larissa’s face darkened with the mark of her rage and she pushed the empty cocktail glass away from her a little too savagely, making it tumble to the grass. Jake quickly picked it up and set it gently on the table.

“I’m sorry. I shouldn’t have asked.” Stevens’ head tipped just enough to show humility but not so his eyes were totally hidden.

“No,” said Vivian. “You shouldn’t. But now that you have, tell me, Mr. Stevens, does a man who abandons his son to run off with a younger woman fit your theory of defending what is precious?”

“I don’t mind answering the question, Mrs. Alderdice,” said Stevens. “I find it reprehensible, of course.”

“But sometimes people should run away,” he continued. “When they’re too volatile or too dangerous to be around others, that is.”

“You mean,” said Vivian, her voice softening, “sometimes hurting others becomes an act of love.”

“Something like that,” he said. “For some men, the rules are different. It’s not always easy to understand.”

“Explain it, then.” Vivian leaned forward.

“I must admit, you have me curious,” said Larissa.

Stevens smiled then. It was the smile of the Cheshire cat, hanging solitary but mystifying.

“The boundaries aren’t as rigid with primitive people as they are in so-called civilized society,” he said. “Jung knew it. So did Freud.”

“I’m not sure I understand,” said Larissa.

“You mean you can sleep with your father or mother and not be damned?” asked Vivian.

“Don’t be disgusting,” Larissa said with a wince.

“I don’t mean that at all,” he said, a little edgy. “Even primitive people have lines they won’t cross”

Posted by Renee Scattergood at 3:00 pm